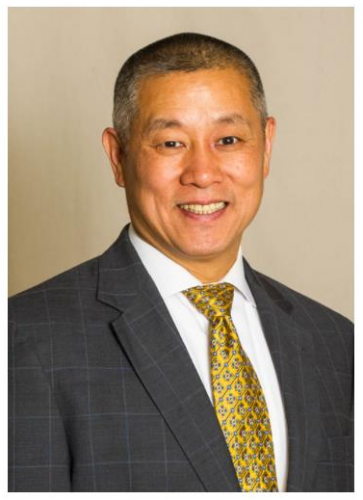 Gary G. Pan was appointed Commissioner of the Virginia Department of Labor and Industry by Governor Glenn Youngkin in January 2022.

Gary graduated from Weston High School in Weston, Massachusetts. After his graduation from Lehigh University, Gary moved to Northern Virginia and worked in the government consulting industry.  He has led two successful small businesses, Panacea Consulting, Inc. and Lucid Technology, Inc., which have been recognized by Inc. Magazine as among the 100 fastest growing private companies in America.

As Commissioner, Gary is responsible for general management and supervision of Virginia’s occupational safety and health state plan; enforcement of labor and employment laws; the registered apprenticeship program; and the certification and safe operation of commercial boilers and pressure vessels.

Throughout Gary’s career he has been passionate about investing in our youth and our community.  Gary has been an active adult volunteer for many years in youth athletic and leadership programs.  He has also served as a leader for many civic organizations in our community.

Gary has served as a Boy Scouts Scoutmaster and uniformed adult leader for more than 14 years for Troop 55 and Venturing Crew 364, both of Great Falls, Virginia.  He has recently founded an all-girl Scout Troop in order to enable girls to benefit from the Boy Scout program.  During the summer of 2018, Gary led a group of ten scouts on the Eagle Scouts Cycling Across America trek on a 4,100-mile, two-month bike trip from Seattle, WA to Washington DC.  In 2017, in appreciation of his years of work preparing local youth for a life with moral, character and leadership skills, Gary was awarded Scouting’s highest adult leader recognition, the Silver Beaver.

In his leadership role, Gary has worked with state and local officials to further the interests of citizens in his community.  He was recognized by the Dranesville Board of Supervisor, John Foust, as a Lord Fairfax Honoree in 2017.  In addition, Gary was a recipient of the President’s Volunteer Service Award in 2014 and 2019 for his impact in bettering his community.

Gary holds a BS in Electrical Engineering with a minor in Legal Studies from Lehigh University, an MBA with a concentration in International Management from the Pamplin School at Virginia Tech, and has completed his coursework towards a Doctorate in Organizational Leadership at the University of Phoenix.